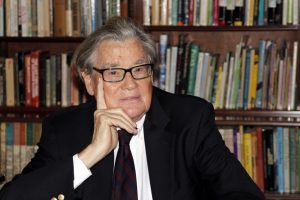 The author was born in Berlin, Germany and came to the United States as a small child before the Second World War. His family were political refugees because his father was a lawyer in the Prussian Ministry of the Interior, active in prosecuting the Nazi Party. Mr. Merten grew up in New York City and after the war, returned to Europe, studying at the University of Zürich, Switzerland and the University of Zaragoza in Spain. He subsequently earned his BA degree at Columbia College, Columbia University and M.A. at the Graduate Faculties, Columbia University. He also did post-graduate study at the Securities Industry Institute, The Wharton School, University of Pennsylvania.

In his professional life he was an international banker, a senior executive of the Bank of America, working almost exclusively in Latin America and the Caribbean, over a period of 38 years.  Subsequently, he was a managing director of an NGO involved in democracy building in Cuba. His book, “Forgotten Voices; The Expulsion of the Germans from Eastern Europe after World War II ”  was published in 2012 by Transaction Publishers,, New Brunswick, New Jersey. In (2015) a companion history was published by the American Historical Society of Germans from Russia, Lincoln, Nebraska, entitled “Voices from the Gulag: The Oppression of the German minority in the Soviet Union”.  The author lives in Miami with his wife of many years.